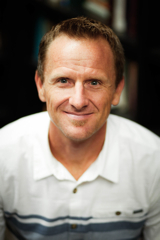 Pat is originally from Omaha and is a graduate of the University of Nebraska at Lincoln. It was during his time at UNL that Pat was converted and became a Christian. After earning his Masters degree from The Master's Seminary in Southern California and serving in two college pastorates, Pat came to Omaha Bible Church as Senior Pastor in 1998. Pat and his wife Molly met at UNL and were married in 1991. They have five children.

Seeing Christ exalted and lives transformed through expository preaching is the driving pastoral passion for Pat. Beyond proclaiming Christ at Omaha Bible Church, it is a pleasure for Pat to be involved in training pastors in the U.S. and abroad.

If you see Pat away from a pulpit, he will likely be either doing a flip on a wakeboard or peddling like mad training for a road race. It would be an understatement to say he enjoys both sports.

In 2016 Pat earned his doctorate from the Ligonier Academy of Biblical and Theological Studies. His doctoral project is a promotion and defense of classic federal theology. The project can be found here.

Pat is co-host of The Pactum, a weekly podcast with theological discussion for Christ's Church. 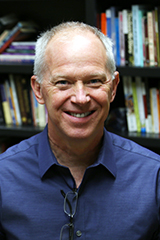 Dallas was born and grew up in Omaha. He was presented with the truth of the Gospel in His mid-20s and soon after trusted in Christ for the forgiveness of his sin. Dallas graduated with a Bachelor of Science in Architecture degree from Iowa State University in 1979, but has spent his career working with data bases, and is now a data architect for an insurance company. In 1983 Dallas met his wife Cyndi at a Bible study and three years later they were married. The Lord has blessed them with three children, Jordan (married to Jenny), Kara and Curtis.

Dallas enjoys spending time with his family and recently has begun waking up his latent golf skills as there is opportunity. He loves fellowshipping with the church family and whenever possible he is one of the last to leave the building on Wednesdays and Sundays.

Jeremiah 17:7-8 was one of the first verses Dallas memorized; and the extent and meaning of its truth has only grown throughout the years. “Blessed is the man who trusts in the LORD, whose trust is the LORD. He is like a tree planted by water, that sends out its roots by the stream, and does not fear when heat comes, for its leaves remain green, and is not anxious in the year of drought, for it does not cease to bear fruit.” 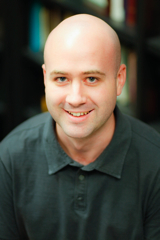 Mike grew up in Norwalk, IA, just outside of Des Moines. By the grace of God, Mike became a Christian at an early age through the faithful teaching of the gospel in his church. As he continued to grow in Christ he became involved in the ministries of the church. As a sophomore in high school, Mike began leading musical worship on Sunday mornings.

Mike moved to Nashville in 2002 to attend Belmont University. He earned a Bachelor's Degree in Church Music with an emphasis in classical voice. While at Belmont Mike continued to lead musical worship for various ministries and the local church.

Mike served as a Worship Pastor in Nashville prior to coming to Omaha Bible Church as an Assistant Pastor in May 2012.

Mike is co-host of The Pactum, a weekly podcast with theological discussion for Christ's Church.

Mike and his wife Angie were married in 2006 and have three daughters, Lexi, Emily, and Zoe. 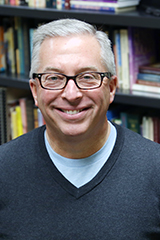 Dave grew up in Lincoln, Nebraska, where he came to know the Lord as his personal Lord and Savior in 1964 during a church vacation Bible school. Dave obtained his undergraduate and Master's degrees from the University of Nebraska-Lincoln and graduated with a Graduate Banking degree from the University of Washington in Seattle. Dave has been married to his wife Renee since 1983 and they have four children and three grandchildren. 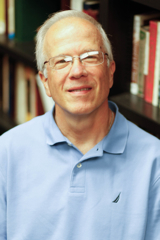 Mike was born and raised in Lincoln, Nebraska, where he came to trust the Lord Jesus Christ as his personal Savior in August of 1976. Mike obtained his undergraduate degree from the University of Nebraska-Lincoln, has a graduate certificate in Business from Regis University in Denver, and retired from an executive management position in the U. S. Postal Service in 2009. Mike has been married to his wife Denise since 1979 and they have four children and six grandchildren.

A special Scripture in Mike's life is Proverbs 3:5-6, "Trust in the Lord with all your heart, and do not lean on your own understanding. In all your ways acknowledge Him and He will direct your paths." 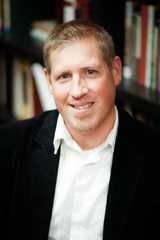 Chris Peterson was born in Gibson City, Illinois, a small town a few hours southwest of Chicago. He came to a saving knowledge of Jesus Christ in 1980 while attending Westminster Bible Church in Paxton, Illinois. Chris graduated from The Master's College with a B.A. in Organizational Management in 1999 and completed his Masters of Divinity at the Master's Seminary in 2004. Chris met his wife in high school while attending Omaha Bible Church in 1992. Robin and Chris were married in 1994 and have three children.

A Scripture passage that has impacted Chris's life is taken from Isaiah 55:10-11: "For as the rain and the snow come down from heaven, and do not return there without watering the earth, and making it bear and sprout, and furnishing seed to the sower and bread to the eater; so shall My word be which goes forth from My mouth; It shall not return to Me empty, without accomplishing what I desire, and without succeeding in the matter for which I sent it." 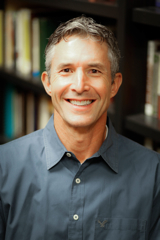 Todd was born in Sidney, Nebraska, and raised in Omaha. He graduated from Westside High School and the University of Nebraska-Lincoln. Todd received his Masters of Divinity from The Master's Seminary in Los Angeles, California, in 1998. Before coming to Omaha Bible Church, Todd served as a student ministries pastor in California and a Senior Pastor in Montana.

In November 1999, Todd and his wife Laura returned to Omaha and to Omaha Bible Church. They have four children.